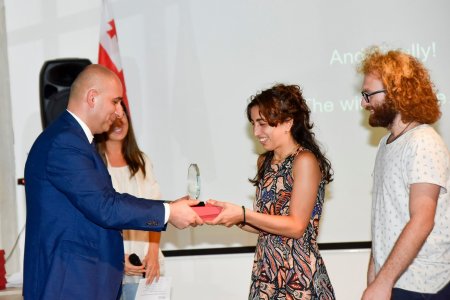 Our Art Incubator startup has won all over the country and will participate in the international competition on behalf of Georgia!

The Big Idea Challenge was organized for the young people involved in the program within the framework of the British Council project “Creative Spark” and on July 17 the winners were announced in the “Silicon Valley Tbilisi” space. The competition included three categories: digital technologies, social impact and creative ideas. 3-3 teams from each category competed in the final phishing and the category winners were named. The champion of the country was also revealed. This is the project “Sapo”.

The authors of the winning project are Nail Vakhania and Tengiz Kavkasidze, members of Art Incubator. The team was awarded a cash prize of 000 3,000. The authors of the project will also take part in a meeting of startups in Oxford, UK.

The 9 finalist team was composed of representatives of four Georgian universities. The finalist projects were divided into categories as follows – creative ideas: SAPO, Georgian Memori, Mughami; Digital Ideas: Iwant, Smartion, Virtual Tickets; Social Impact: CHU, Helping Hand, Ceres. The Creative Spark program is implemented by the British Council. This is a five-year initiative as part of the Big Idea Challenge. Zaza Purtseladze, Director of the British Council in Georgia and the Caucasus, explains that the initiative started in 2018 and will fund a number of interesting projects.

“I am glad that the level of competition was very high. Very interesting applications were submitted and it was quite difficult for the jury to identify the favorites. However the competition is a competition and we have identified a winning project. We have very interesting and, most importantly, targeted prizes. All this is to develop innovative ideas for the participants and help them start their own business, ”said Zaza Purtseladze.

Along with the winning team in Georgia, the winning teams of 6 more countries will leave for Britain. The Creative Spark program is held in 7 countries: Georgia, Azerbaijan, Armenia, Uzbekistan, Ukraine, Kazakhstan and Kyrgyzstan.

“We are very proud that the University of Business and Technology is hosting an international competition, which revealed the best startup to participate in the final round with 6 countries. One winner among the finalists nominated in all countries will be revealed in the UK. This is a project that was implemented for a year at the University of Business and Technology. Within this framework, the Tbilisi Creative Center was established and our winner is the beneficiary of this center, “- said Nino Enukidze.

In total, more than 300 projects participated in the competition, 53 of which were from Georgia. 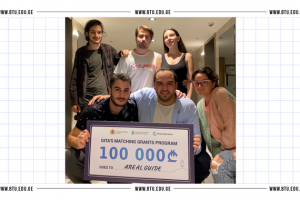 BTU Student Startup has received GEL 100,000 in funding from GITA 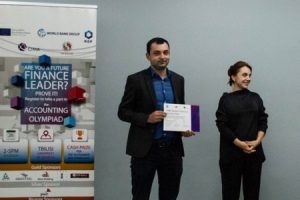 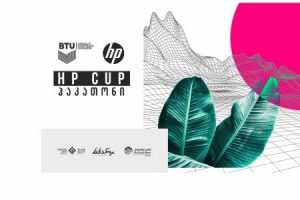 The winner of the HP CUP hackathon – RAD 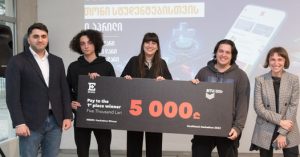 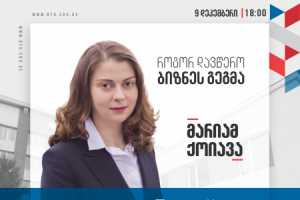 Webinar – how to write business plan? 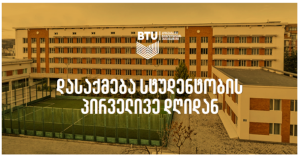 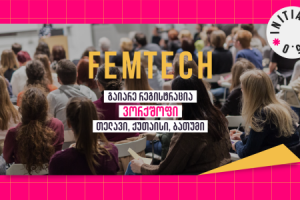