Scientific award in business and technology

By the initiative of the Business and Technology University (BTU) Research Center, an annual competition is held for academic personnel of the University to popularize scientific research and science in order to reveal the laureates of the scientific prize.

The candidate’s scientific activity includes various criteria. These are: the number and quality of scientific works performed and universally recognized at a high scientific level, the rating of published publications, and citation indexes of studies—also – contribution to the development and popularization of research, etc.

The winner scientist becomes the winner of the scientific prize of the University of Business and Technology and receives a matching diploma and a monetary award.

The aim of the competition: popularization of scientific research, its stimulation and recognition, and appreciation of the contribution of University researchers.

The competition envisages awarding a scientist/researcher with a one-time prize.

The amount of the prize imposed by the University is determined:

In the field of scientific research of technologies – gel 5,000 (five thousand) ;

Participation in the competition to earn a prize is allowed for:

Invited specialists from Business and Technology University who are not affiliated with any higher education institution;

The contest application shall be submitted by the scientist/researcher himself/herself in accordance with the form approved by this rule.

Documents to be submitted for participation in the competition

Application for participation in the competition;

According to the competition, during the current academic year, a scientist/researcher has published a scientific paper (books, monographs, articles, research results, conference theses/materials, etc.)

published on behalf of the University in local and international peer-reviewed journals (ELSEVIER, Web of Science, etc.). ) List with submission of relevant electronic format link and/or original (printed);

The decision on awarding the scientific prize is made by the Competition Commission, which consists of recognized scientists and researchers in the relevant field.

The commission is composed of recognized scientists and researchers of the relevant scientific field, of which at least 2/3 should be foreign scientists.

Winner of the business and Technology University scientific prize in 2021, scientist of the year in the field of business: Vakhtang Charaia, BTU affiliated professor. Affiliated member of the Institute for Strategy and Competitiveness at Harvard Business School. 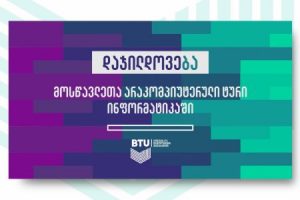 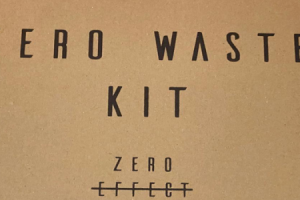 Zero Effect is the winner 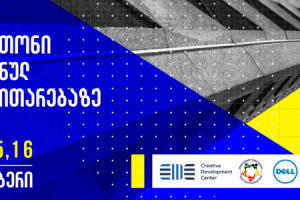 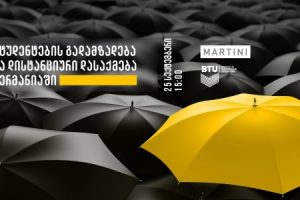